The Advantages of Using a Hosted PBX

A PBX (Private Branch Exchange) refers to telephony system where a local switch is installed at business premises and calls are routed to desired extension using this system.

Few other features like call holding, conferencing, automatic and customized announcement, free intra-office calling used to get supported with legacy PBX system. However, legacy PBX system was costly to set up, operate and used to take substantial office space. 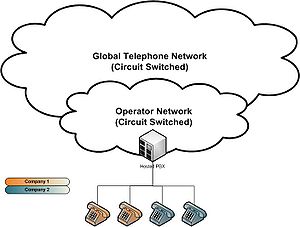 Also any upgrade to any system was difficult and in many cases entire system had to be replaced. In order to overcome difficulty associated with legacy PBX system, Hosted PBX was introduced.

What is a Hosted PBX?

Normally the hosting service is provided by telephone operators managing large switch locations. The most primitive form of Hosted PBX was the Centrex Service.

In a Centrex service, a user was not required to have a local PBX,  and with most PBX facilities like free internal calling, short number, call forwarding within a group, conferencing, Sequential call hunting for finding free line, etc used to get supported.

The Hosted PBX is another big example of cloud based service where small and medium business (SMB) are able to have all facilities availed by large organizations at a fraction of cost.

What are the Advantages of Hosted PBX?

There are several advantages of having Hosted PBX compared to traditional telephone system enumerated below:

Drawback Of Using a Hosted PBX

In a Hosted PBX, all services are offered from the central office location of a service provider and in turn making the entire system dependent on him. In the  case of any type of  failure, the  entire system may go down and hamper critical business communications.

Major demand is witnessed from SMB segment in which companies are competing with each other to provide cost efficient world class service to customers. Looking at the trend of a Hosted PBX deployment, it seems that in the coming future only the  very large scale organizations will set up dedicated PBX and everyone else will opt for the Hosted PBX.

The benefits to your business of improving your Internet speed[...] 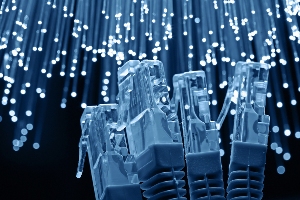 AT&T Preparing To Do Away With Landlines For Good

With majority the telecoms industry migrating to IP based solutions[...]