An ethernet line, also known as an e-line, is a way to connect two or more independent networks regardless of distance. In cases where two networks are connected across a large distance, they are said to be conjoined. Ethernet lines allow businesses and companies to use Ethernet networks without paying for expensive equipment or being limited in the amount of bandwidth they can use.

One type of ethernet line is known as a private line, which is shared between two UNIs, or User Network Interfaces. Ethernet lines not only join distant networks together, they do so with incredibly fast speeds. It is not uncommon to find an ethernet line that runs at a speed of 10Gbps (known as 10 Gigabit Ethernet).

While Ethernet lines are effective in many instances, they are not always effective in particular cases. Particular networks and performances are based on ethernet line manufacturers, installation, and geographic location.

Ethernet was the very first technology that introduced the concept of networking by allowing a few computers and devices to be linked to each other. These are the networks that we now know, such as Local Area Networks (LANs) and Wide Area Networks (WANs).

Because of its efficacy in allowing data and information sharing between a number of devices, Ethernet is presently the best form of technology being used. Additionally, given that it has the fastest data transfer speed rates, the Ethernet standard the primary basis for all types of network services.

The Ethernet Line, sometimes regarded as E-Line, is just another outshoot of the very wide Ethernet technology. It applies the concept of direct point-to-point and sometimes point-to-multipoint data connections. A specific version called the Private Line has the features of Ethernet being shared by two UNIs or User Network Interface.

Basically, this type of service allows a connection between two or more individual networks. Whether these networks are near or far away from each other, they could be conjoined.

Ethernet Line could be observed in various wide-scale companies and business establishments that usually have branches in different locations.

The great ranges of distances between these sites are not a problem, because certain E-Line services are dedicated to give trusted connections.

On the quality of data, for instance, the connectivity protection measures make sure that no loss or degradation may happen to the transmitted data. Although depending on the type and condition of specific places, E-Lines could also support extremely large-sized data transfer.

And to prevent miscommunication wherein one network will be accidentally connected to a completely unrelated network, E-Line-providing companies have their so-called “dedicated bandwidth”. With this feature, one group of networks will have a separate bandwidth allowance for them alone.

An Ethernet Line service is very much preferred by a lot of business owners and IT savvy clients.

Not only is it because E-Line provides crystal clear communication services, but they also do this in high-speed quality. It is indeed quite an astonishment that despite their long-range distances, E-Line could still transmit through original Ethernet speeds like 10Mb/second and 10Gb/second.

Additionally, E-Line performs on Layer 2 networking, which means they can support a wide array of various protocols.

The only thing about E-Line is that not all available services promise the exact same performance and results. The main reason is that because they can be acquired from different technological companies that provide Ethernet-focused services.

A few examples of such establishments are Europe’s RAD Data Communications and Australia’s Telstra Enterprise & Government. So of course, with different companies come different service qualities. However, because these telecommunications companies are generally costumer-centered, anyone would still be assured that they will get what they exactly need and want.

Having a fast network in your home alone is such an amazing thing, right?

Try and imagine how much more advantageous it is to have a technology that allows the same fast networking capabilities for computers and devices that could even  be miles apart. Thankfully, the Ethernet Line exists for such demand.

6 Reasons Why a Hosted VOIP Solution Should Be Employed Now

Is Voice Over IP the Right Solution for You?

You are certainly aware of the trend to replace POTS[...] 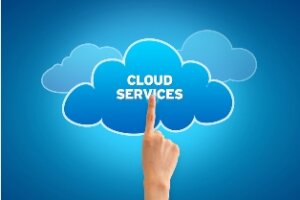 A cloud computing definition consists of both services and hardware.[...]