While hubs and cables are required to operate an ethernet network, the processes themselves operate based on megabit or Gigabit Ethernet data speeds.

Today we are witnessing explosive growth of data communication facilitated by expansion and proliferation of Internet access across the globe. Large number of video and real time applications like YouTube, Facebook, WhatsApp etc is creating big hunger for bandwidth to be provisioned within shortest possible time.

Considering this gigantic requirement, the natural question which comes to our mind is “what is the common technology feature which supports such unprecedented growth of data? “

The most common answer is “Ethernet”.

Ethernet technology was developed in 1973, however commercial use of Ethernet started in early 1980s.

However, due to difficulty faced in implementation, Unshielded Twisted Pair (UTP) became popular.

Don’t we feel amazed by phenomenal development of this technology over small span of about 25 years!!!

So, what are the key drivers for this rapid evolution?

World has witnessed huge increase in bandwidth demand for both personal and commercial communication purpose.

These WAN technologies were capable of supporting requirements ranging from few Mbps to 100 Mbps.

During later part of 1990s, enterprise applications started demanding bandwidth of more than 100 Mbps and existing WAN technologies were not capable of supporting such requirements.

Also, Internet was growing rapidly during this period and Carriers were struggling to support exponentially increasing bandwidth demand of Internet Service Providers (ISPs). Evolved Ethernet Technology was answer to all such requirements.

The major factors contributing to phenomenal growth of Ethernet are – being cost effective, easy to configure and increase bandwidth, scalability and flexibility, protocol neutrality, enhanced reliability and availability etc.

We are also witnessing large scale deployment of Carrier Ethernet (CEN) equipments in North America, Europe and parts of Asia to support major network upgrade for supporting Broadband Wireless Access (BWA) technologies like LTE, WiMax, Wi-Fi, 3G etc. According to an estimate, demand for Ethernet devices is expected to grow at 48% in coming few years.

Growth story of Ethernet is still not ready to slow down and world has already started working on future version of Ethernet. Companies like Google and Facebook have expressed the need of Terabit Ethernet (TbE). IEEE has already set up 400 Gb/s Ethernet study group on next generation Ethernet standard.

From all these developments, it can be concluded that “Ethernet Technology” is going to rule the data communication world without any challenge for next decade as well.

Ethernet Technology in the News

On May 30, 2013, carrier Verizon Wireless increased its Private IP service to 100 Gigabit Ethernet. It will still offer 1 Gigabit and 10 Gigabit Ethernet service for its customers, remaining faithful to earlier promises and ethernet technology.

Hyundai and Broadcom to Implement Ethernet Technology in Vehicles

Car manufacturer Hyundai and telecom company Broadcom have reached an agreement as of October 2012.

The One-Pair Ethernet Alliance (OPEN) is a collection of car manufacturers that, similar to Hyundai, want to implement ethernet technology in vehicles.

As of October 2012, there were 81 companies that have signed up for OPEN — an achievement considering that OPEN has only been alive and running for a year and a half. OPEN will rely on BroadR-Reach ethernet technology, just like Hyundai. Some of the new members (having been a part of the One-Pair Ethernet Alliance for only a year include):

Is There Savings In Optimizing My Cellular Plan

Cellular phones have become an indispensible tool of business communications.[...] 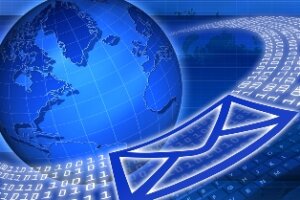