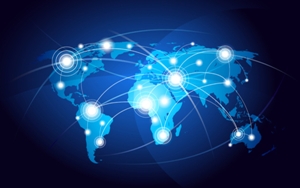 OC is used to discuss fiber optic network speeds; OC 12 Internet is made up of 4 OC 3 Internet technologies and allows businesses to use multiple IP addresses and add bandwidth without a complete transformation of their current networks.

To determine the true optical carrier transmission rate, one must take the base rate and multiply it by 51.84Mbps.

Taking this into account, OC 12 means that the optical carrier transmission rate of bandwidth and digital signals is 51.84 x 12 = 622.08Mbps.

To find the transmission rates of any “OC + number” provided, multiply the number given by the base of 51.84Mbps. OC 12 Internet can provide speeds up to 655Mbps.

The following constitute activities that can be done on OC 12 Internet:

OC12 Internet in the News

OC12 internet services are reaching into the higher capacity lines used by the likes of high content providers, ISPs and very large organisations.

Although OC12 lines will provide you with a large bandwidth of up to 622.08 Mbps, the extreme high speed and throughout also carries a large price.

Pricing for your OC12 service can be controlled by careful selection from the products available.

Your business may not yet require the full bandwidth of OC12 so you may be able to control the pricing better by selecting a capped or burstable service.

Capped, or tiered, OC12 services are designed for businesses who know what their usage will be, or who would prefer to know the monthly price they are committing to for their service.

Burstable OC12 services offer varying capacities which could start from around 50Mbps, but providing the full 622 Mbps capacity in bursts as and when required with end pricing being based on the amount of traffic being sent and received.  A higher level of bandwidth commitment will usually give you the best price per megabyte.

Both options allow you to control the price you pay for OC12 services depending on your requirements.

Your geographical location and availability of providers may have a large impact on the service level and prices available to you.  Obtaining direct access to a Tier 1 provider will provide you with the best OC12 service, and the best reliability for your network, but this high level of service will ultimately be reflected in the price you pay.