SIP VoIP stands for “session initiation protocol” voice-over-internet-protocol, and it is the shorthand form of voice calls over the internet.

SIP technology is what makes VoIP possible. However, where SIP turns important is that it allows voice calls, video conference chats, and text messages to all be sent and received on the same network without problems.

Usually, VoIP is used by individuals when in a small discussion or one-on-one with a friend or relative, but SIP VoIP usually involves group video chats, group conference chats, and one line that receives and makes numerous calls each day. In other words, SIP VoIP has the business or corporation in mind.

According to VoIP info, SIP VoIP is an internet engineering task force (or IETF) protocol or procedure for multimedia streaming online (online videos, video games, etc.). Voice-over-internet-protocol refers to discussions that take place by way of an internet connection. Session initiation protocol, comes to the aid of VoIP by making voice-over-internet-protocol possible.

Without session initiation, Skype Connect, not to mention AOL Messenger, Facebook Messenger, and even Apple’s FaceTime, would not be possible.

SIP VoIP tools (such as a router, IP phone, or an adapter) are those that route calls to the person whose number you dial on Skype, or that contact the username or profile you select when you want to talk on a social network site.

According to the USRobotics site, the following is a proper definition of SIP VoIP:

“In other words, it’s [SIP VoIP] is the handshaking system used for sending and receiving data files over the internet.”

In the same way that a handshake often seals a deal, SIP tools such as routers, IP phones, and even adapters, are what “seal the deal” for a phone call, video conference, or text message. Without the “handshake,” a deal is not official; it is no different with SIP VoIP.

QuteCom, a community of developers who make SIP VoIP products, announced their free QuteCom softphone for both Windows and Mac users earlier this week. The softphone was created to allow PC to PC calls, text messages, video chats, and so on.

Nextiva FAX is an Internet faxing company whose SIP VoIP software allows consumers the ability to send faxes by way of their mobile devices – without using any actual paper in the process.

The conventional route for most business professionals when sending a fax is to go by a post office or postal store such as FedEx or Kinko’s, pay a fax fee, and then send something on paper by way of a machine to a certain email or IP address. Nextiva FAX, as an Internet faxing company, allows you to send a document from your smartphone, tablet, using even Microsoft Office 365, to an intended recipient.

Nextiva FAX also allows you to send faxes via email. All you need to do is use your fax number, followed by the words @nextiva. If you want to use Microsoft Office documents that are found on Word, Powerpoint, and Excel, you can send them electronically with Nextiva – all without leaving a paper trail.

There are three major plans with Nextiva that offer something for everyone. First is the basic plan that requires $59.40 a year or $8.95 monthly. The basic plan allows you to send and receive no more than 500 faxed pages each month.

According to Search, Nextiva has been a successful model to emulate since its inception in 2006. For those who wish to partner with Nextiva, the company provides two types of SIP VoIP services: Nextiva Office Pro and Nextiva Office Enterprise.

Nextiva Office Pro plans require $34.99 per extension for 1-4 users, $19.95 per month per extension with a minimum of 21 users. Office Enterprise plans, that provide services such as

Just last month, SoTel Systems announced the integration of its SIP VoIP platform with Microsoft’s Lync 2013, an SIP trunking platform that will allow business professionals to use Lync for session initiation protocol actions, whether they be video streaming, video conferencing, voicemail-to-email, internet faxing, and so on.

One of the strengths of SoTel Systems’ new SIP VoIP for Lync 2013 is its ability to connect with landlines and feature phones in the event of a natural disaster or weather condition that cuts off all power used for Internet service.

Next, SoTel’s SIP VoIP service does not require professionals to have session border controllers (SBCs) or gateways in order to “lync” Microsoft’s Lync 2013. While this may seem as if it’s a good thing, it is important to make sure that your SIP VoIP service has a strong Internet security attached to it before you enroll in an SIP VoIP setup.

SoTel System’s SIP VoIP program will save business professionals and companies anywhere from 30-70% on their monthly phone bill and will provide easy portability for numbers from previous services, caller ID and E911, as well as strong bandwidth allocation for those who join its SIP VoIP platform. 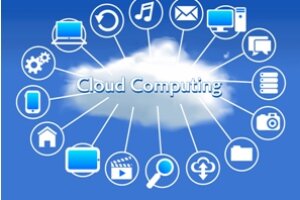 Tasting the Bitter With the Sweet: – The Disadvantages of Cloud Computing

Cloud computing has its advantages: it provides unlimited access to[...]

Is There Savings In Optimizing My Cellular Plan

Cellular phones have become an indispensible tool of business communications.[...]

The Benefits of Choosing a Virtual PABX

With multiple Advancements in modern day PABX technologies, one growing[...]