Dave, who works for a business in your area, was frustrated by slow and down time Internet speeds. He was looking at doubling his T1 speeds from 1.5 mg to 3.0 mg but he was tired of dealing with his phone/internet company. He engaged Worldnet, and Worldnet helped him.

Dave’s company needs to regularly download and upload heavy files. File transfer speeds are therefore all important. Customers are often impatient when this process drags on for hours.

They are not interested in explanations of delays but care only for results. Over recent years Dave became increasingly frustrated as his employees regularly complained about how T1 speed issues interfered with their productivity and adversely affected customer satisfaction.

Looking back on this challenging time, Dave comments,

“You would not believe how many hours we wasted in phone calls to the service provider. Each of these calls put me through the ordeal of dealing with their computerized call answering system.

Even when I finally contacted their support team I failed to get satisfaction. The company was paying a great deal to the service providers while receiving phone and Internet services that failed to meet our business needs.”

These telecommunications difficulties led Dave to investigate alternative transmission mediums. He heard a great deal from fellow business people about the advantages of fiber optic solutions.

In addition, they told him about the significant cost economies they enjoyed, and superior levels of help desk support. Dave did not need much more convincing that fiber optics was the way forward for his company.

Dave contacted Worldnet and they installed a 10 mg fiber connection in his office.

Dave and his colleagues immediately began to notice the benefits of higher bandwidth speeds. Files that used to take ages to send and receive were now transmitted in under a minute.

These communications with customers that previously took up far too much working time were now processed with speed and efficiency that enhanced the company’s reputation.

“Our working day has changed significantly for the better. The endless complaints from my staff about the hours it takes to send and receive files have become a thing of the past. Perhaps best of all from my perspective is that we can now leave the office at the same time as everyone else instead of having to stay on late to make sure that important files have been sent.”

Worldnet had 10mg fiber installed and Dave was able to keep his IPs. Worldnet then became a free resource to Dave in dealing with his phone/internet companies.

Discover How Sip Trunking Can Streamline Your Business Communications

SIP trunking is a process whereby one can use an[...] 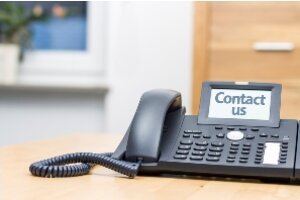 Does Your Phone System Need to be Updated or Upgraded?

While you might apply the old saying “if it works,[...] 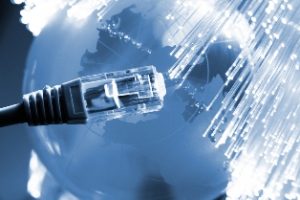 Today various internet transmission Medias are available on the market.[...]