Discover How Sip Trunking Can Streamline Your Business Communications

SIP trunking is a process whereby one can use an IP address for video calls, voice calls, and text messages.

It is essentially a process by which one line becomes the line for all telecommunications actions in a business, company, or residence.

Not only does SIP trunking refer to using VoIP phone technology to make calls over the internet, it also refers to the process by which one can turn a regular phone or mobile device (such as an iPod Touch, even) into an SIP-ready phone.

Thus, to make a phone SIP-capable is also an action referred to as SIP trunking.

SIP trunking converts non-SIP phones into VoIP phones that can reroute calls to a physical device from the World Wide Web.

SIP trunking saves businesses lots of money and can occur between two different branches within the same company – even if those branches are separated by long distances.

SIP trunking, as a service, is provided by way of an ITSP (Internet Telephony Service Provider), and utilizes the latest web technologies on the Internet without the need of a traditional landline or physical telephone.

While SIP trunking does not rely on traditional landlines, there seems to be a need to connect SIP trunking voice calls with traditional phone calls, as many individuals are using telephone-like devices as mediums by which they can take personal calls in the office or while on vacation at business meetings and conferences on the road.

SIP trunking communications leader Sonus Networks conducted a study in July 2012 in which it found that very few business professionals use SIP trunking as compared to an alarming two-thirds of individuals that use VOIP technology on a daily basis.

Voice calling is one of the basic services of VoIP, and, as of now, seems to be the only one the majority of consumers want. This is not to say that video conferencing and unified communications are not important. As can be seen above, these two additional priorities received 65% or more of the vote in their respective categories.

Of those who took the survey, 29% said that they did not have all of these services at their network locations. This means that, despite technology’s rapid pace, businesses and consumers at large are not moving as fast. Still, technology, as with life, waits for no one.

In January 2010, Windstream Corporation, an S&P 500 company that was ranked fourth in BusinessWeek’s 2009 edition of the best performing US companies, launched its own SIP trunking service, known as Dynamic Office- SIP, a service that provides web, voice, and fast Internet speed on a single line.

Now, even remote, an employer can dial one number and contact an employee, whether at the office, home, or on vacation. Dynamic Office, as well as other SIP trunking services, allow more convenience with scheduling and provide more flexibility in working hours than ever before.

OvniCOM, a subsidiary of Galaxy Communications Corp. and ClaroCOM, launched its SIP trunking service in the Republic of Panama in February of this year (2013). OvniCOM’s new SIP trunking service is cloud-based and uses VoIP technologies. It was designed for those who have invested in PBX systems but want something that is more cost-effective and convenient.

According to Galaxy Communications Corp. Chief Executive Officer Pedro Cordovez, “We have tested and homologated all major IP PBX brands including Panasonic, Cisco, Avaya, Asterisk, MY PBX, and many others over all major Internet Service Providers in Panama, all with excellent results…this service will change the marketplace forever.”

Entropie, one of the top business communications corporations in Europe, decided to go with VoiceFlex for its SIP trunking program in 2009. The company used VoiceFlex for four years to supply its SIP trunks and made the decision to officially announce their selection after a good deal of experience with the company. VoiceFlex is so named because of its choice of session initiation protocol, the latest technology that allows consumers to place Internet phone calls.

VoiceFlex could be considered to be any other SIP trunking provider, but this would be far from the truth. VoiceFlex’s SIP trunking program was created in-house, meaning that the company created its newest program completely from scratch.

Additionally, VoiceFlex’s SIP trunking program allows you to use any telephone number on its service, regardless of location. The same goes for ported telephone numbers as well, numbers that you can bring from a former VoIP service. You can be sure that this program will have the most innovative SIP cloud-based service one has ever seen. A program that is done completely by the company known for it requires a lot of work and sacrifice.

TW Telecom claims that it is a pioneer in the SIP trunking space. Not only does the company offer VoIP services; the company also offers a session border controller (SBC) to accompany the SIP network for enterprise-level security encryption. The best part about the session border controller in TW Telecom’s SIP trunking service is that it allows businesses to have full control over their SBC without requiring ITSP control over it.

It is no secret that companies can always budget and save money, and SIP trunking services allow companies to save budget by placing all of your text messaging, video conferencing calls, and voice calls on the same line – a feat indeed.

At the same time, one can have a great SIP network and still lose money behind costs – if they do not place protection measures in place to guard the network. What good is it to save on one end of the network if one spends the same money to guard the other? Enterprise-level security has become a must these days for successful businesses, and companies of all stripes are trying to create a safe online environment for their businesses to thrive and flourish.

In 2009, MyNetFone, a local VoIP service provider, launched its own SIP trunking service. The SIP trunking service works with either a hybrid PBX system or an IP PBX and MyNetFone’s network. MyNetFone provided a self-service interface along with its network, leaving room for a fully-managed network by businesses and administrators. Direct in-dial numbers and voicemail-to-email are just two of the unified communication features MyNetFone offers with its SIP trunking network.

“How Much Money Is Being Sucked Out Of Your Bottom[...] 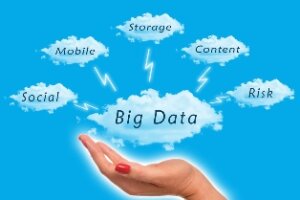 Cloud computing is a process whereby an individual uses the[...]

The End of POTS Lines? What to Expect with the Upcoming Network Refresh